We had to create character sketches for our robot, Sassy, who is part of the cute robot army. 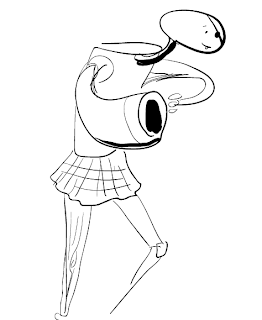 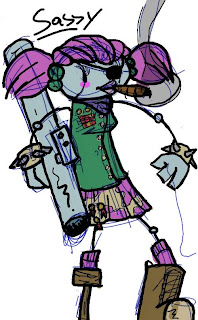 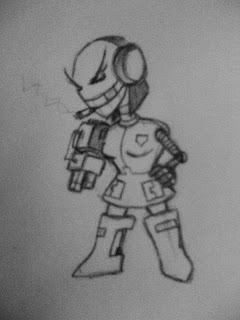 Biography
Estella is the last survivor of a highly customized, mass produced model of robots created by Dr. T.R. Fiddlewink Esq. This line of robots were terminated soon after their creation due to their inherent personality disorder problems. Estella escaped with her life and swam across the seven seas only to end up in the cute robot army. Estella is mean to her mates, has a major attitude problem and is always on a mission. She is full of anger and hatred for her creator and all humanity in general.