The New York Times Newswire API is used to load news for the last 24 hours. The title and URL for the retrieved articles are used to search for tweets with the BackTweets API, a BackType service.

This project was built with ActionScript 3, PHP, MySQL, XML. The data was harvested using the NY Timeswire API and backtweets API. 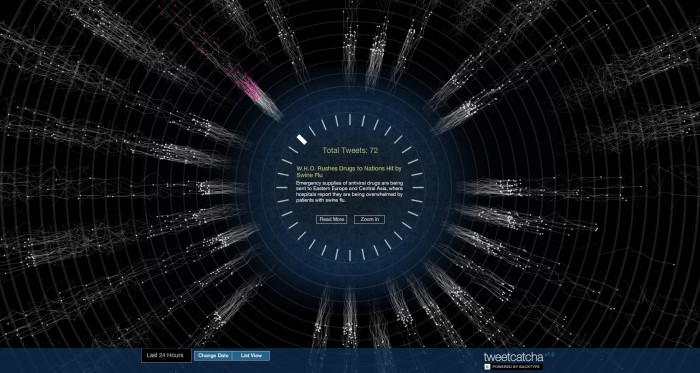 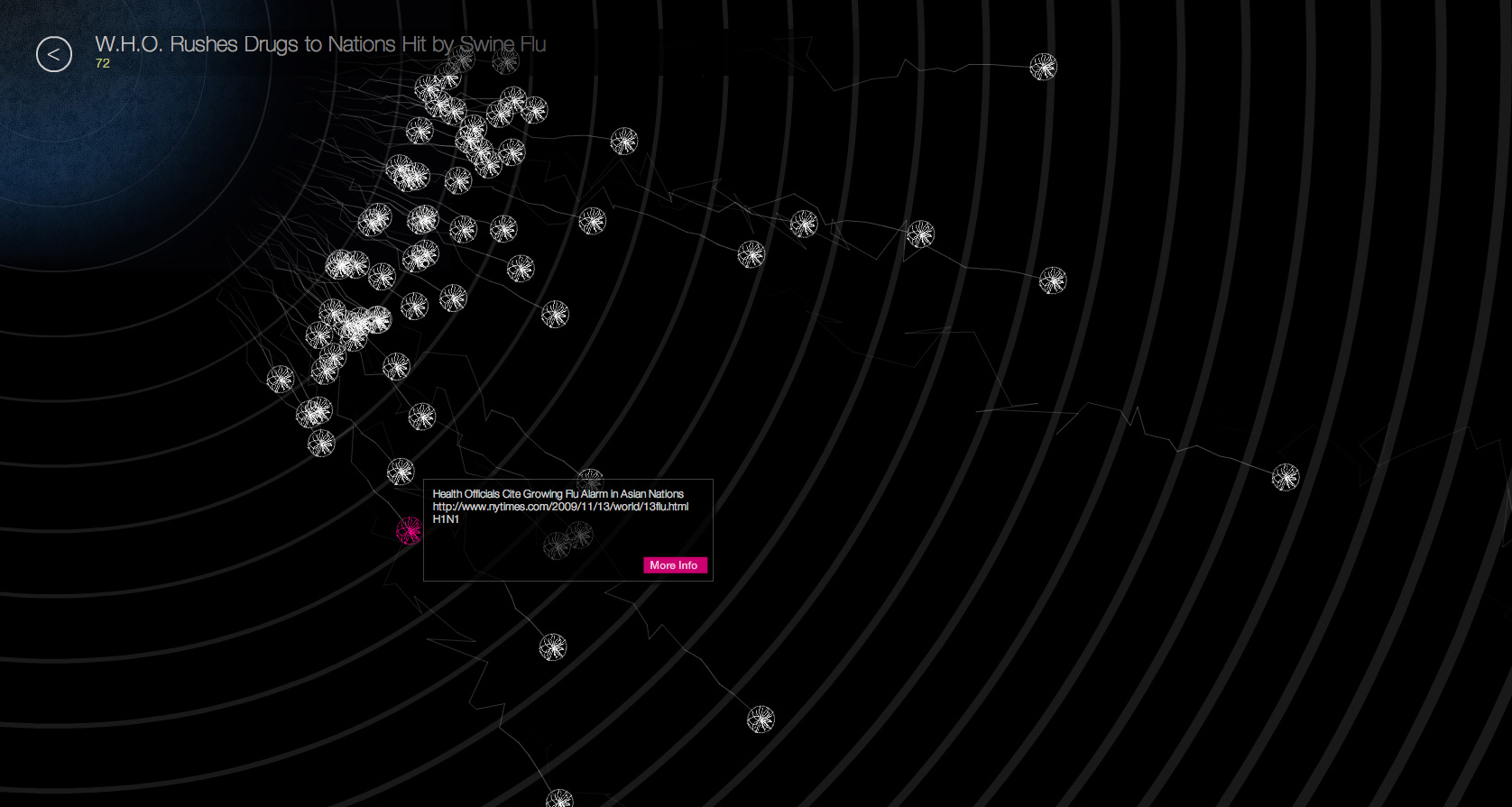 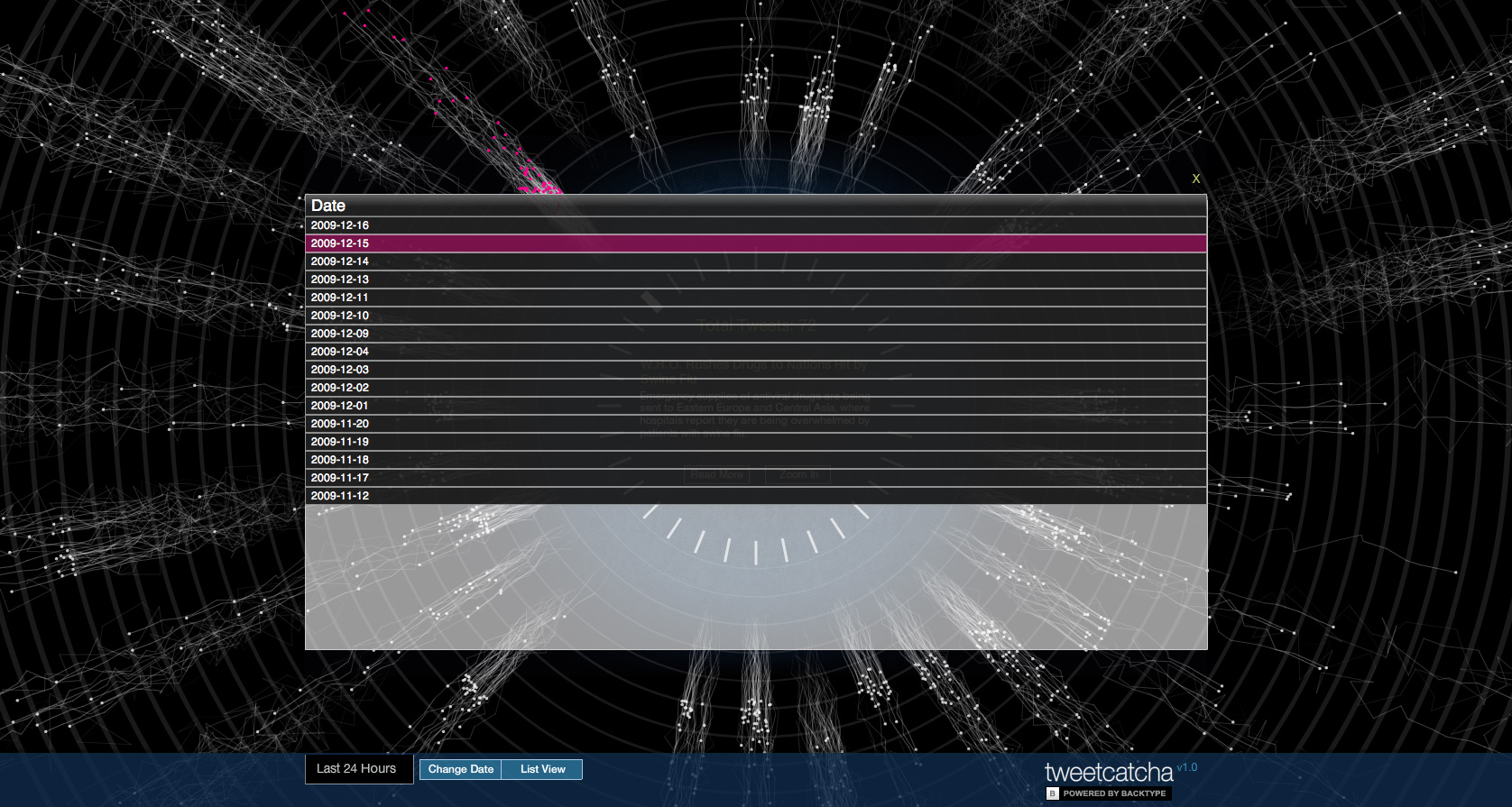 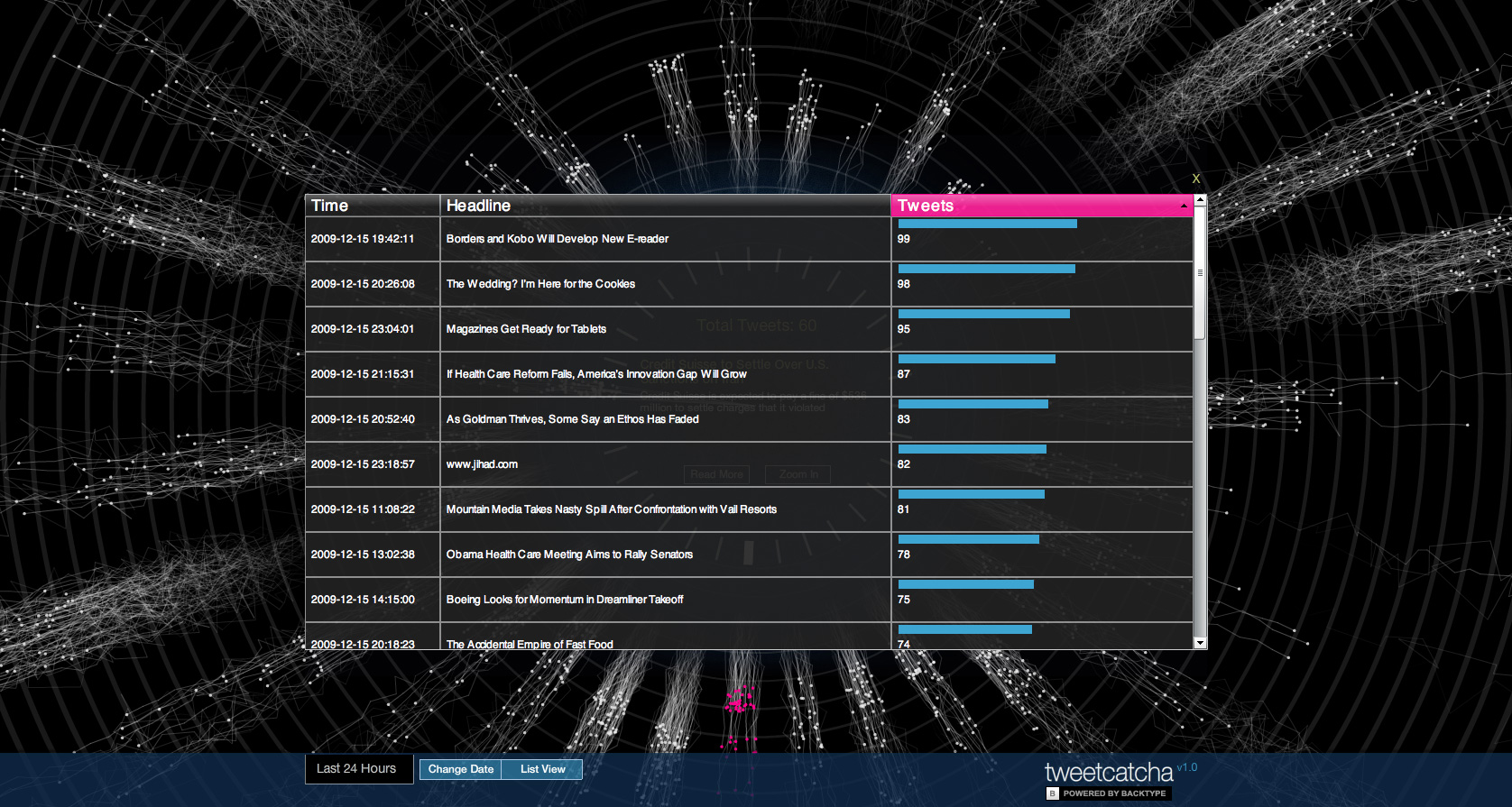 Bruce Drummond is a developer, designer, musician and artist based in New York.